We’re coming to the end of two weeks clearing the parts of the museum that are going to be affected by the building works for the extension.  We’re not changing many of the displays, but providing a proper kitchen for the tea-room means that our “back-office” downstairs is moving into the room occupied, until last week, by the Undersea World.  We have taken out the animals and birds for re-use in the new Undersea World.

The Undersea World was the brainchild of our previous Manager, Jerry Lee, who was a natural history curator who had previously worked at the Royal Albert Memorial Museum in Exeter.  It was based around the important leatherback turtle that washed up on Abbotsham Beach, and designed to highlight the importance of the UK’s first statutory marine reserve established around Lundy Island in 1986.

The animals and birds (and fish) displayed in the Undersea World are all local specimens, found in Devon.  Where possible, they were prepared by local taxidermist Paul Rose – the young grey seal found at Woolacombe, the gannets and gulls were prepared in this way.  After about 20 years on display these are now very dusty, and we will be training our collections care volunteers to clean them up a bit.

The fish and other mammals in the display are casts of real animals found locally.  Some, including the small fish, are made of plaster.  Others, like the adult and young porpoises from Northam Burrows, are resin copies made from the real animals that were washed up.  Porpoises and dolphins are regularly found around North Devon’s coast, and have to be reported to the Cetacean Stranding Investigation Program (CSIP) at the Natural History Museum, which investigates the reasons for their deaths. 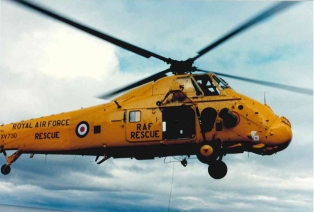 The leatherback turtle itself was not a suitable specimen for either casting or stuffing.  It was already beginning to decompose when it was picked up by the RAF helicopter and it soon became apparent that the “leather” shell would not retain its dimensions as the flesh rotted down.  Fortunately, the museum team was boosted at the time the gallery was being constructed by a group of unemployed Community Action volunteers, including a glassmaker named Sarah Montague, who was up to the challenge of creating a measured reconstruction from the carcass.

Jerry and the rest of the volunteers built an underwater world from old display plinths, expanding spray foam, and hardboard with seaweed cut from sheet tin, bubblewrap and polythene.  We added a “submarine” corridor made of hardboard with mint imperials for rivets, and wonderful underwater photographs from Dr. Ann Allan.  With some cunning lighting from S&H in Ilfracombe and Paul Rose’s taxidermy, plus some whale sounds, our Undersea World came into being.

For 20 years the gallery has served us well, with only minor breakdowns and occasional anxieties about fire hazards.  Soon we will be starting to build the Undersea World Mark 2, with designer Jeff Bellingham and lots of help from Paula Ferris and the Coastwise group.  We hope it will be just as atmospheric and educational as Jerry’s original display.

Sarah Montague and the turtle

Getting the turtle down the stairs