I mentioned many weeks ago that as well as working on the Museum extension, we have been coordinating a project around North Devon to commemorate our area’s important role in the preparations for D-Day. This culminated with commemorations on June 6th (D-Day) and the Saunton beach reenactment on the following weekend.

Funded by Arts Council England, our D-Day project supported exhibitions at the smaller museums around the area, and a series of walks and talks.  We also teamed up with the Royal British Legion in Braunton to help publicise services and other commemorative events. 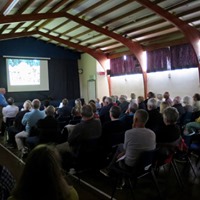 Talk by Richard Bass on the Assault Training Center at Woolacombe.

In the weeks leading up to the D-day commemorations we funded Mulitstory Theatre to recruit young men to appear as GIs around North Devon. They pop-up in many locations, provoking a lot of interest from people who remembered, or even dated GIs 75 years ago. 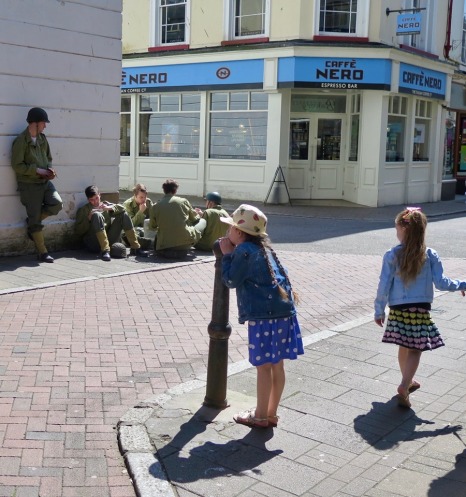 Unfortunately the terrible weather led to the cancellation of the Schools Day we had set up for Saunton Beach – we had 300 children booked in to learn more about North Devon’s unique D-Day history.  But the Saunton weekend attracted thousands of people to meet the reenactors and see wartime aircraft and vehicle and the reconstructed defences created on the beach. 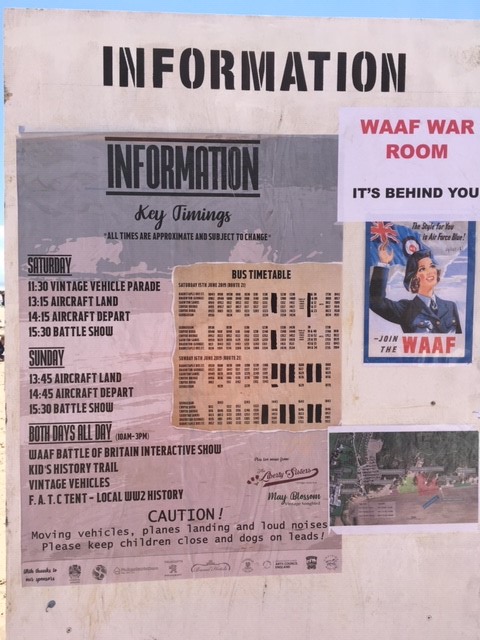 The Saturday culminated in Braunton parish hall, where the British Legion invited veterans to join in a celebratory dinner dance, entertained in style by the Gold Coast Big Band. 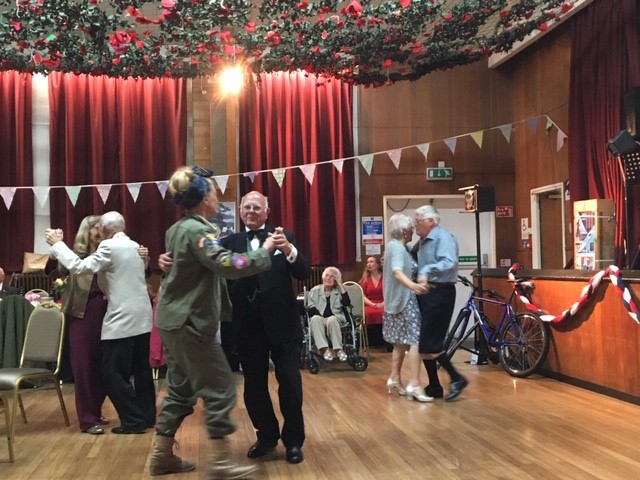 Working with North Devon AONB, the project also created a touring exhibition of paintings by Brian Chugg and created a WW2 Heritage Trail around the North Devon Coast, as a lasting recource.  You can get copies of the Trail from the Museum and download the schools resource pack from our website. 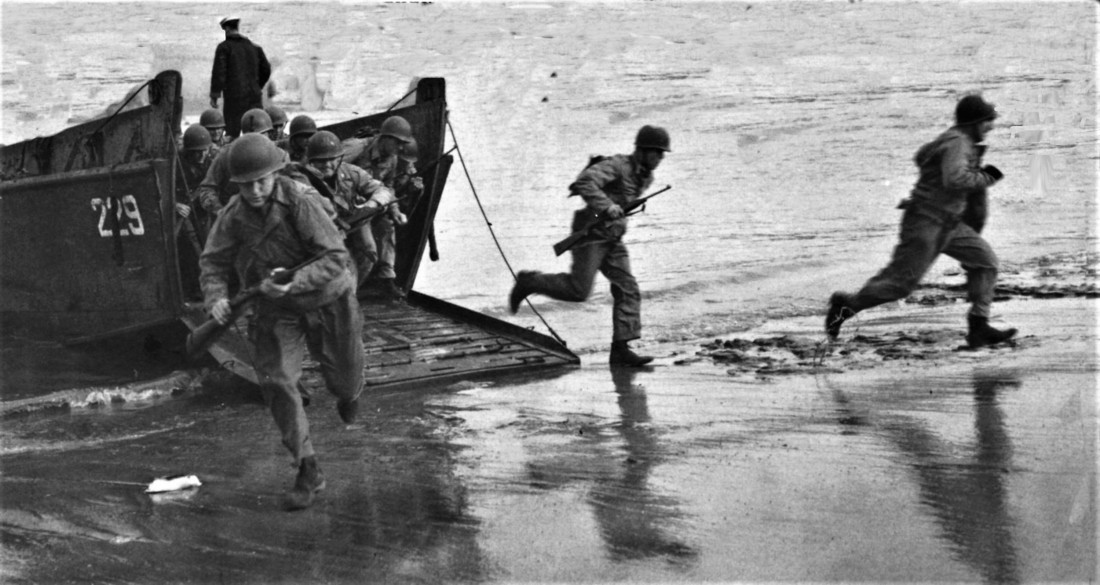