It’s 13 weeks into the build and we have a new site manager.  Mark Jordan (he’s the one on the right) has replaced Clive, who had to leave for family reasons.  He was quite disappointed to leave us, as this is one of the first Barnstaple sites he has been responsible for and he live in Newport.  We hope Clive will come back and see us as the work progresses.  And we welcome Mark to the project with open arms.

The foundation work is still continuing, and we have been moving things around inside our building again.  We had hoped that we wouldn’t have to clear the space above our walk-in safe, as we suspected there were things stored up there that hadn’t been looked at for decades!  We were right.

There were several boxes of books and paperwork, which hopefully won’t be too difficult to sort and can partly be discarded: 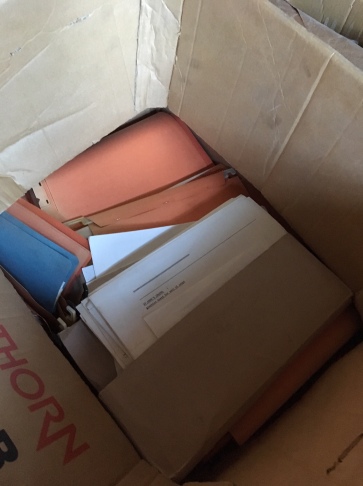 We also found some slightly scary 19th century plaster panels like this:

And some rather more interesting 17th century plasterwork like this:

We think the one on the left might have come from the late 17th century Holland House in Barnstaple before it was demolished, perhaps in the 1960s.  This photograph appeared in the Transactions of the Devonshire Association in 1957. 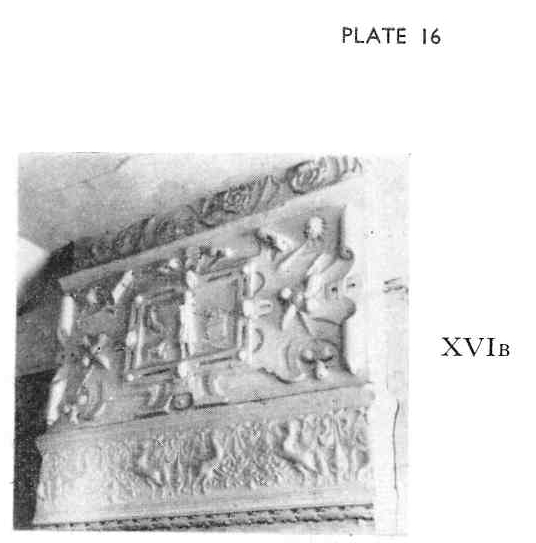 It is possible that some of the other pieces we have found may also have come from this house, but we have lots more cleaning and research to do.  It is such a shame that this wonderful work was demolished after surviving for 300 years or more.  But I suppose at least we have saved some pieces for future generations, and we try to look after our historic buildings better than this now.