This week I have been occupied in celebrating the 90th birthday of Keith Abraham, one of the museum’s staunchest, and most generous supporters.  Keith is following in the footsteps of our founder, William Frederick Rock  in his generosity to the people of Barnstaple.

Keith Noel Abraham was born in Hedge End, on the outskirts of Southampton, on the 8th August 1928. His father Sydney was a market gardener.

As a boy growing up in Hedge End, Keith remembers selling strawberries on the Hog’s Back and was a bicycle messenger during the war. Nearby Southampton was heavily bombed, and Keith’s own house was hit. He enjoyed watching the Spitfires from the nearby Supermarine factory, developing a long lasting interest in military aircraft. He also raised money for the War Effort, receiving a letter of thanks from Lady Churchill herself.

Although he was a bright boy, Keith failed the scholarship exam for Grammar School at 14 and went out to work at Lancaster’s in Southampton. A few years later he was called up for National Service, serving as a private soldier for two years, during which time he developed his boxing skills. In 1950 he saw his hero Winston Churchill at the Conservative Party Conference, and was encouraged to go into politics, but party politics were never for him.

Keith’s career in the Motor Trade really kicked off after he left the Army. He worked for many years managing car spares departments in towns around the South East, including in Guildford and Salisbury, where he first met Freda, the manageress of a Ladies Dress shop. Both Keith and Freda were keen dancers and even though Freda was a little older than Keith she wasn’t able to resist his attentions for long. Their relationship led to a very happy marriage, creating the partnership which was the foundation of Keith’s business success.

Freda was a North Devon girl and, luckily for us, the Abrahams moved to North Devon to take over a declining Barnstaple company, L. H. Codd motor distributors. He turned this business around and at its height it saw a turnover of £3.5million a year. Keith built up relationships with countless businesses around North Devon, developing a reputation for excellent service and keeping his word, and Freda kept tight control of the company’s books!

Ever since North Devon became his home Keith has been involved with Barnstaple. He became a Barnstaple Borough councillor in 1968 (as an independent) and served as Mayor in 1972. The following year was the last for the old Borough of Barnstaple, and he is now the last surviving mayor of the old Borough. Among his many fond memories he has great stories about twinning visits to Barnstable Massachusetts and about organising boxing matches and entertainments at the Queens Hall.

Since he was a young man golf was an important part of Keith’s life. His love of sports led him to back a number of local clubs, including golf, cricket, gig rowing, and rugby, as well as being a major contributor towards the Tarka Tennis Centre.  He is currently the Patron of Barnstaple Rugby Football Club, and some of his greatest friends, including the late Dave Butt, shared his love of the game.

Being in the motor trade, Keith couldn’t help but develop a passion for cars – and in his case it was Rolls Royces (and Bentleys.) He has owned a number of important cars over the years, winning a silver salver for the best car from the Rolls Royce owners club at one point. His favourite was a 1926 Rolls Royce 20 (represented in cake form here) which now reside on the Isle of Man. This car featured in a number of North Devon weddings when it was in Keith’s ownership.

In 1984 Keith he set up the Keith and Freda Abraham Charitable Trust to benefit the community and has donated several million pounds to various organisations over the years. Sadly Freda passed away, leaving Keith to carry on the Trust’s good works alone. He is now President of the Museum Development Trust.  Over the years he has helped acquire many important historic items, including Shapland & Petter furniture, as well as donating an important collection of 17th century spoons. 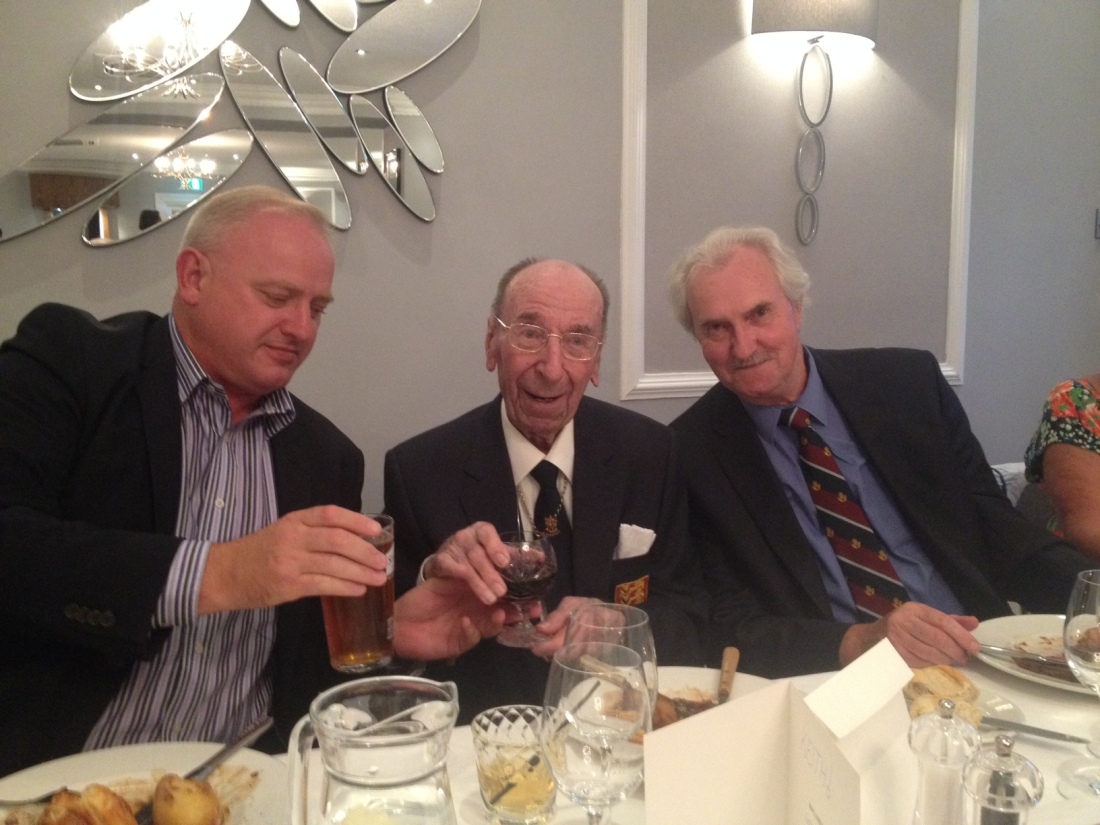